Experience a rare and precious opportunity. 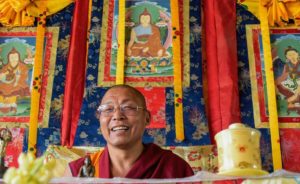 Year one of our two year shedra program on the Vajrayana covered five of the six classes of tantra. This year we will continue with the Ati Yoga or Dzogchen teachings and complete the tantric teachings. Tulku Sang-Ngag Rinpoche will begin our summer program with relevant empowerments and teachings; thereafter the shedra will be taught by Khen Rinpoche and Jetsunma. This year in addition to elucidating the meanings of the concluding section of the Treasury of Precious Qualities, we will be offering the complete transmission and teachings on the Chöying Dzö, Precious Treasury of the Basic Space of Phenomena by Longchenpa. This program is restricted and will only be open to those who attended Vajrayana year one. 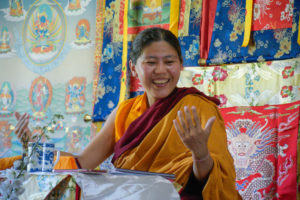 Year One and Two of the Summer Buddhist Studies Program

Each program will be approximately one week in duration during July 2022. Exact dates and registration to be announced first half of 2022.
Onsite and streamed live online and for later viewing.

This year the shedra is open to all students as we begin our exploration of the Buddhist path according to the Nyingma school of Tibetan Buddhism. These weeks will be a journey into the theories that illuminate the foundational and Mahayana path of Buddhism.
Our shedra program is a multi-year program that meets every year in July and may be attended for a year, several years or the entire certificate program that covers all the teachings of Buddhism from the foundational vehicles to the highest teachings of Ati Yoga or Dzogchen. We will use the seminal text by Jigme Lingpa, Treasury of Precious Qualities, written in the 18th century as a key to all the Buddhist teachings of scripture and realization. There will also be other key Buddhist texts additionally taught. Our shedra is unique in that we will also offer some of the methods of practice and meditation that accompany the stages of the path.
Our curriculum is in the tradition of Guru Rinpoche (Padmasambhava), the fully realized master of India who brought Buddhism into Tibet in the 8th century and additionally the great Buddhist universities of India and Tibet. It is that similar spirit of discovery and the special journey of Buddhism to a new country that our institute embodies. Founded and inaugurated by Tulku Sang-snag Rinpoche in 2016 as one his heart visions for the Garden of One Thousand Buddhas and under the direction of Ngawang Gelek (Khen Rinpoche) and Jetsunma Palmo. Our purpose is to fully train students in all aspects of Buddhist philosophy, theory and practice.
We welcome everyone to join us for this landmark program at the beautiful Montana campus at the Garden of One Thousand Buddhas.

The Garden of One Thousand Buddhas

The school will be conducted at the majestic Garden of One Thousand Buddhas in Montana, “the Bodhgaya of the West.” Classes will be held six days a week, held onsite and streamed online this year. 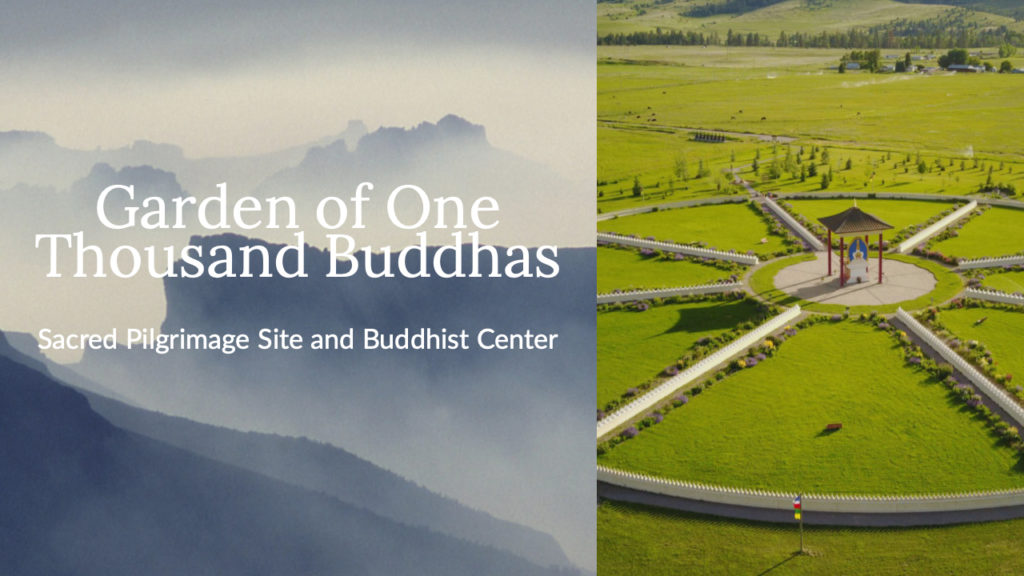 Tuition and dates available in the event text.
Email info@ewamshedra.org with any questions. 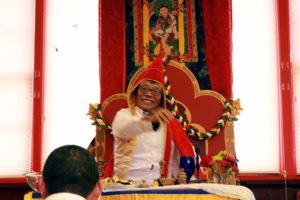 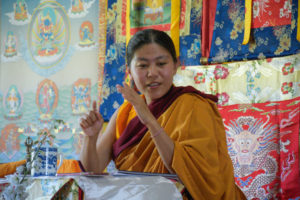 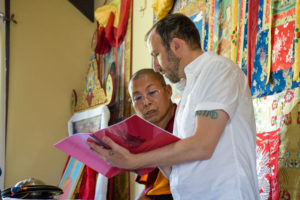 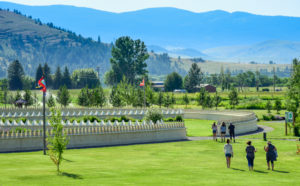 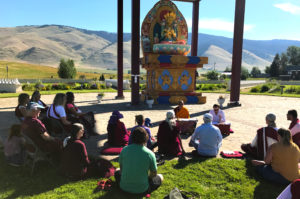 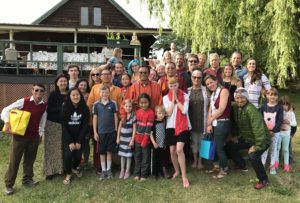